Omega, Before the Moon

It can be difficult doing research on vintage Omega watches, as for the most part, Omega like to reinforce their status as the First Watch on the Moon, almost ignoring or glossing over the history that came before 1969. In all fairness, this is quite the claim to fame, and speaks volumes about the company’s reliability and craftsmanship – it was good enough for NASA, after all.

But Omega was founded in 1848. That’s 121 years of horology until the moon landing – during which Omega established themselves as the Swiss watch, with a reputation for high-quality innovation as well as a strong sense of aesthetics, winning a Grand Prize in 1900 at the Paris Universal Exposition. In that same year, they became the first Swiss company to commercialize wristwatches.

At first, wristwatches were only made for women – and even then, as more of a luxury than as a purely functional item – but necessity warranted a change in attitudes with the First World War (or what the Omega Museum calls the ‘geopolitical and economic turmoil of the early 20th century’). Many Swiss watch companies prospered, producing watches for the military during this time. Omega developed a name for itself with high-precision pilot’s watches – in Christopher Nolan’s Dunkirk, Tom Hardy’s character, a pilot, wears an Omega CK2129. 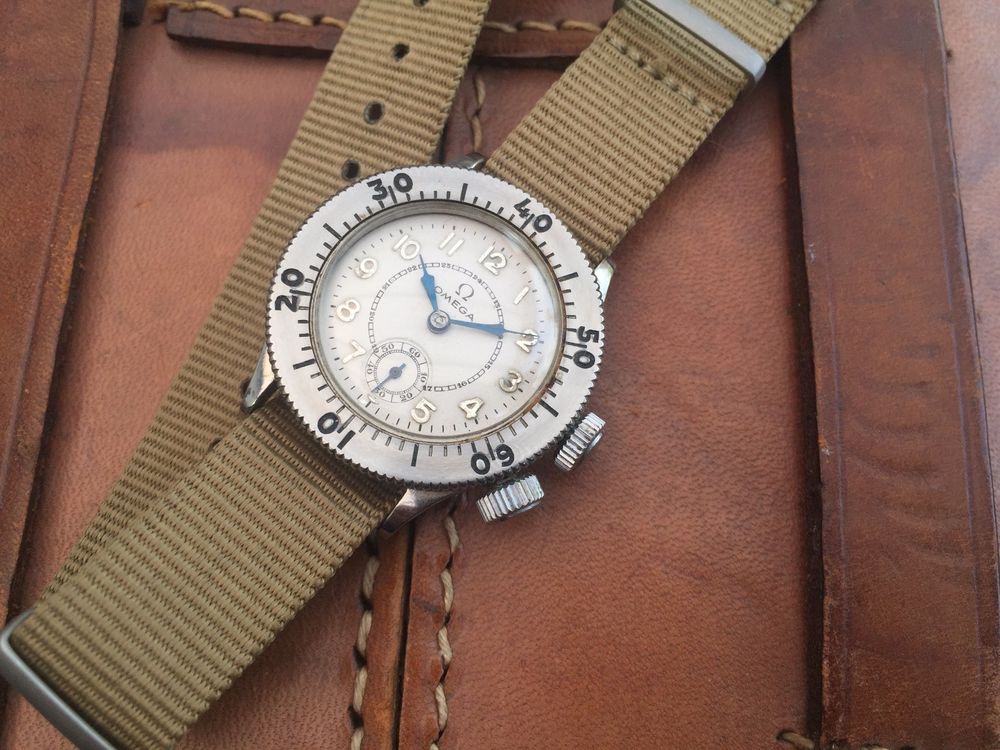 In 1948, to coincide with their 100th anniversary, Omega created the Seamaster, a watch for ‘town, sea and country’. The key innovation in this new line of watches was the rubber O-ring gasket – until the Seamaster, gaskets were usually made of lead, or resin. However, these materials were liable to fail when exposed to changes in temperature. The rubber gasket was a relatively new type that had been used in submarines during the Second World War, and Omega adapted it for use in their cases. 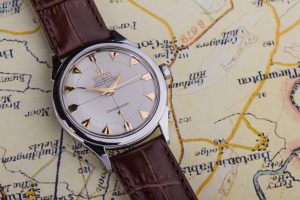 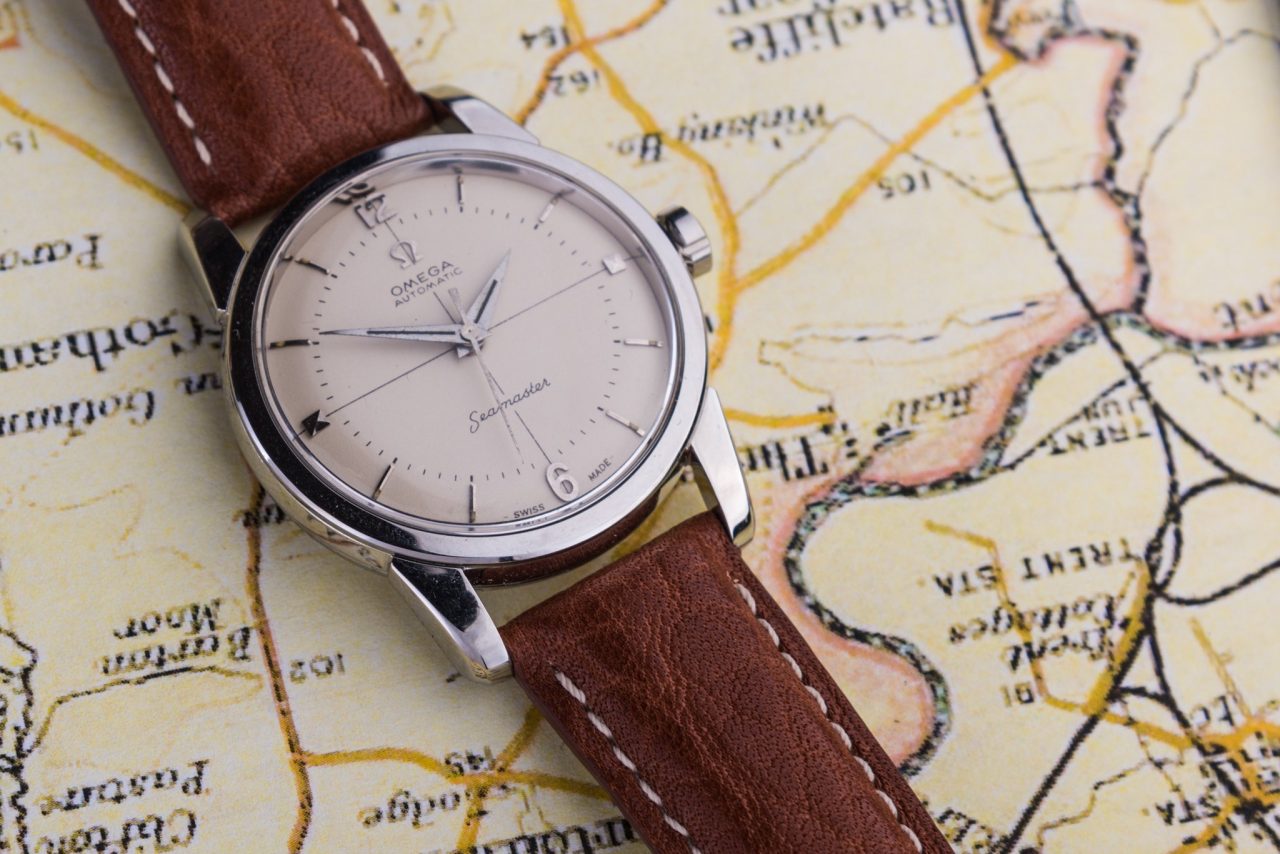 Omega revels in its heritage, and justifiably so. But that heritage almost seems to have a cut-off point, with history beyond that date much less worthy of celebration. That date is, of course, is the 20th of July 1969 – a casual perusal of Omega’s marketing offers up dozens of images of astronauts, the Earth from space, and the words ‘First Watch on the Moon’.

As mentioned earlier, it’s quite the claim to fame. But there’s nothing wrong with looking back a little further, especially when the thing you’re looking back at is such a marvel. 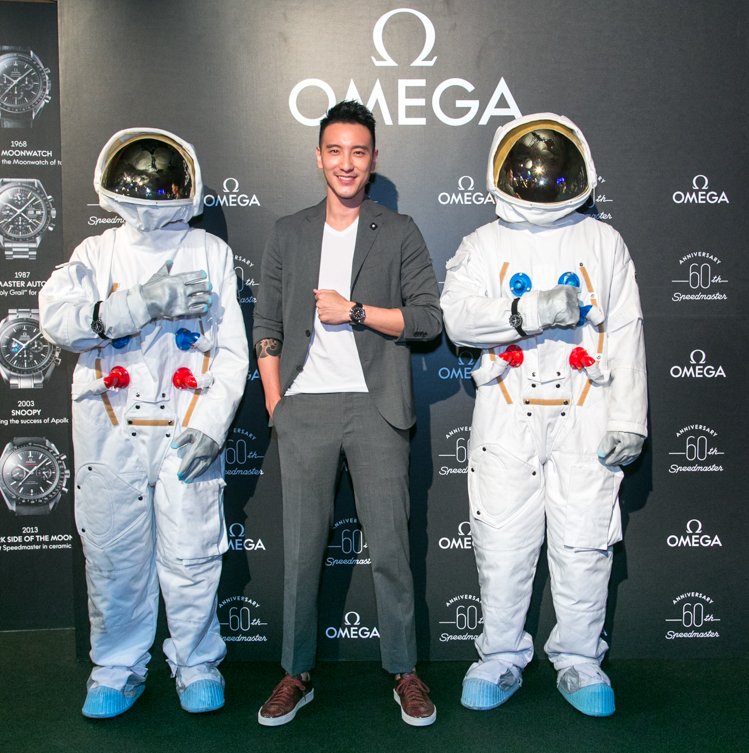 From Omega’s homepage at the time of writing.

After the Quartz Revolution in the 70’s and early 80’s, Omega, like the rest of the Swiss watchmaking industry, chose to remain focused on traditional mechanical watches. Most of the world’s watch production shifted to Asian companies that embraced the new technology. There even came a point in the 1980’s when Seiko expressed interest in buying Omega, though nothing came of the talks.

Things have a way of moving in arcs, though. Now, quartz wristwatches are in decline, since the primary method of telling the time for the average person is to check their phone. Watches, in general, are more of a luxury than a purely functional item, which means affordability isn’t the priority it once was.

A mechanical watch is like a tiny engine strapped to your wrist. Say a brand new one is running fine, that’s fair enough – you expect that. But if you come across one in perfect working condition, good as new… from the 1950’s? It’s obvious that this particular engine has been made to a very high standard. The technology inside the case of a modern mechanical watch is the same technology as inside a vintage one, but often the vintage movement will be made to a much more durable standard. 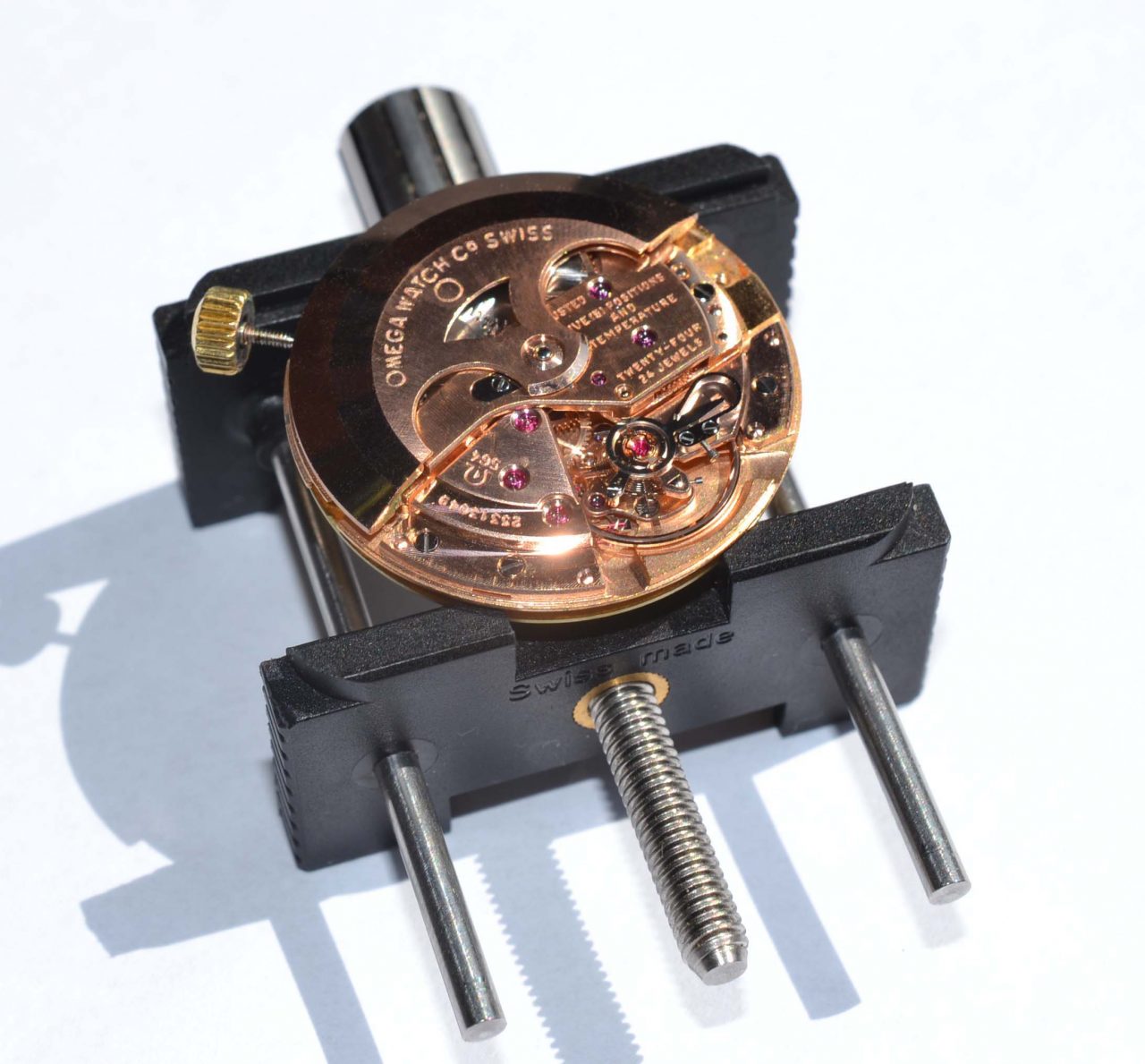 This is why vintage watches retain their value. If kept in good condition, there’s very little that can decrease their worth; mechanical watches are, in a way, immune to obsolescence. Cheap digital watches were rendered obsolete by mobile telephones, but there are no bleeding-edge developments that will shake up the world of mechanical movements anymore.

Omega still make Seamasters and Constellations, even if they’ve been redesigned. They might not talk explicitly about very much from before the moon landing, but there’s a reason they still use the names. It’s a way of evoking that sense of reliability, of craftsmanship. It says, ‘these new watches are made to the same standard as the vintage ones’.

But if you look at it another way, that’s just more endorsement of the originals.