Whilst Rolex are widely accepted as producing the first “waterproof” watch with it’s oyster case, it is easy to forget, that at the same time, other swiss makers were striving further. Launched in 1934, the Mido Multifort was one of the first watches launched to be waterproof, anti-magnetic and shock resistant.

Prior to launching the watch, Mido gave the New York Electrical Testing Laboratories incorporated 6 watches to test. The tests were to last over one thousand hours taking into account temperature, water resistance and altitude. The watches were subjected to temperatures that ranged from -40C to 50C. They were submersed in saltwater as well as freshwater at depths up to 120m. As if this was not enough, they were also subjected to altitude tests up to 16600m. It is also documented that the crown was given a simulated test to represent 34 years of use. Of the 6 watches, one failed the test, stopping at 13300m! 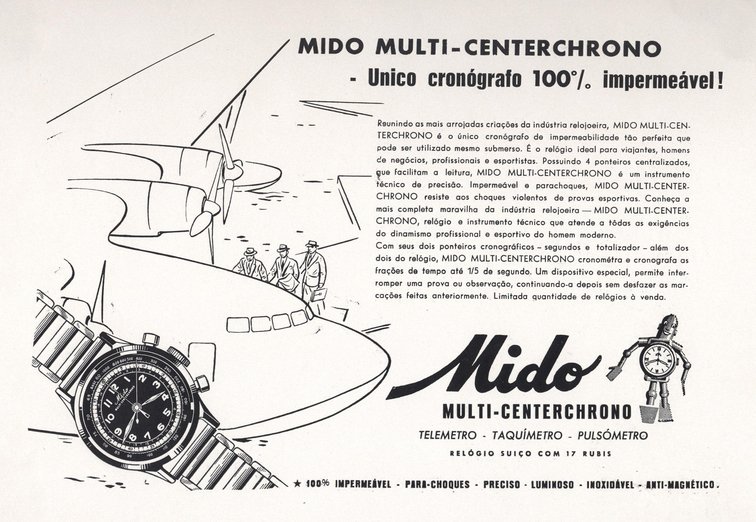 What is also interesting and little known is that Mido used cork to seal the winding stem. Natural cork was heat treated and greased and used to prevent water ingress – it’s not just wine bottles that use cork! It is believed that they used this method from the mid 1930’s right up to the early 1960’s and re-introduced it in the 1970’s under the name “Aquadura”. 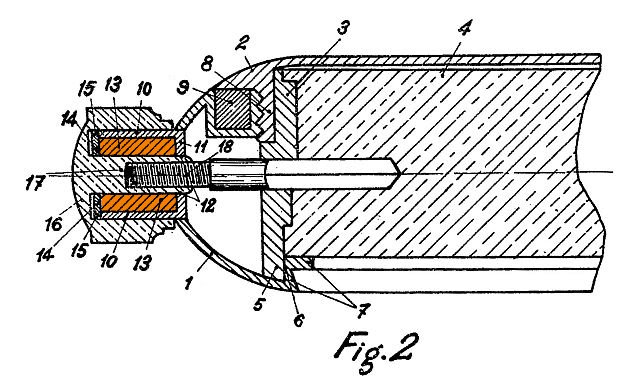 Producing affordable, hard wearing and robust watches, Mido remind me of Tudor, who at the same time, under the guidance of Hans Wilsdorf, were founded to cater for the working man. Just as Mido tested their watches, Tudor used motorcycle racers, horseriders and men doing manual work in extreme conditions to market theirs. Perhaps the most enduring memory from this era of innovation by Mido is “Robi” the robot.

“Robi” was used as the brand embassador from 1939 and was seen as a symbol of progress, modernity and robustness.

Whether it be electrical companies, robots or cork, Mido definitely contributed to the evolution of the divers watch. It wasn’t until the 1950’s that the swiss produced the first purpose built divers watches and  iconic names such as “fifty fathoms” and ”submariner” were born. Whilst not specifically marketed as such, the Mido Multifort, and others helped pave the way for the “divers watch” to be born.

The Multifort name is still used by Mido to this day and is testament to the durability of these early watches. Whilst other brands steal the limelight in the current vintage watch market it is worth noting the quality, history and pioneering developments found in these early examples of the Mido Multifort.

Posted in watches.
Share
PreviousRolex – Stepping out of the shadows
NextThe Patek IOS, and the Fall of a Financial Empire
Basket Close